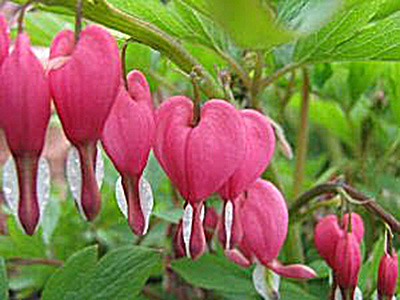 There was a slight chill in the air one evening as a missionary family waited for their very special friend to emerge from the international airport in San Jose, Costa Rica. They knew it would take some time for her to deplane, retrieve her luggage, maneuver through customs, and then finally exit the building.

Realizing the unpredictability of the situation, and remembering she didn’t speak or understand a word of Spanish, they stayed the course and just stood there waiting and waiting . . . and waiting. More than an hour dragged by and they became increasingly concerned.

Finally, they sent their two teenagers to see if, by chance, she’d come out of the terminal through another exit. Sure enough, in a matter of minutes one of the teens returned and led them to where their friend was anxiously standing.

Just Turn Up the Volume

Later on, when the teens were asked how they’d found her, they explained: “We heard her yelling our names in English at the top of her lungs and just followed the words until we pinpointed her location.”

Apparently, from a growing sense of desperation, she’d turned up the volume a little, then a little more, and then even more, until her voice resounded with a full-fledged piercing scream in a language that almost no one in the entire airport could understand.

Isn’t that just like most humans? When we’re having trouble communicating with someone, we speak louder and louder, hoping to finally be understood. If that doesn’t work, we often give up entirely.

In 1917, William Cameron Townsend sailed to Guatemala to sell Spanish Bibles. One day, he met a Cakchiquel Indian man who said to Townsend in Spanish: “If your God is so great, why doesn’t He speak my language?” These words transformed Townsend’s perspective and propelled him to spend the next 10 years translating the New Testament into Cakchiquel, and later on to start Wycliffe Bible Translators.

That one burning question expresses the viewpoint of millions worldwide. Every bit of information this man had ever heard about the Lord came in a second language. All God’s words, all His promises, all His instructions were probably confusing and unclear. Maybe the man even tried turning up the volume, but never heard anything back. Communication with the Almighty must have felt almost impossible and, in his view, God’s power seemed diminished as a result.

Thankfully, Townsend’s ministry literally changed the course of modern missions and launched a Bible translation movement that has gone global and viral. As a result, almost 100 years later, God’s Word speaks to more people in their heart language than ever before.

The Language of the Heart

So what’s this about heart language? A person’s heart language is most often the dominant language of his or her mother; the language she used to calm her baby – in whispers, songs, sayings – with her soothing maternal voice. Even in cases where parents are bilingual or multilingual, a dominant heart language emerges and eventually flows through the mouth of a child (or through the hands of a deaf child), as each little one learns to communicate with parents, family, friends, the community, and God.

As the world becomes “smaller,” factors such as emigration, displacement, and language shift naturally begin to impact geographic, linguistic, and socio-economic situations. This reality can have a significant influence on a person’s heart language – especially among children – leading to another tongue becoming their preferred, dominant, and intimate heart language.

While the climate for heart-language change is riper now than ever before, what remains constant is that each person has a single, default heart language at any given time. This is the language they most naturally use to understand and to be understood; it is also the language that God desires to use in speaking from His heart to theirs. As Nelson Mandela said, “If you talk to a man in a language he understands – that goes to his head. If you talk to him in his language – that goes to his heart.”

The clearest and most influential way to communicate the Gospel to speakers of any of the world’s 7,000+ languages is to do so in their heart language. The most effective, impactful, and transformational ministry takes place when people receive God’s Word and interact with it in the language that resonates in the core of their being.

Kirk Franklin, Executive Director of Wycliffe Global Alliance, says: “If [people] are denied the Word of God in the powerful form of it being given to them in their heart language, then there is little likelihood of holistic transformational development occurring” (Bible Translation as Holistic Mission).

Standing at the Door Knocking

Nearly 30 years ago, people from various nations, cultures, and languages began knocking on the door of Faith Comes By Hearing – pleading with us to provide them with the opportunity to hear God’s Word in their own language. While the focus of our ministry had been to provide Audio Scriptures in English to the North American Church, God led us to respond quickly.

Our positive response to the relentless knocking is still obvious some three decades later. An unswerving commitment and obedience to this God-given mandate has evolved into a movement of ongoing collaboration with international Bible Cause organizations and hundreds of national and local ministries around the world. Our mission is to give everyone, everywhere, access to heart-language Scripture – in audio or video – so they can truly engage with the Word of God and be transformed.

One of our many partners shared the following example:

Attendees of a workshop in Belize spoke and understood three distinct languages. The trainer used English because it was a common language they all spoke. To encourage group participation and provide a “hands-on” experience, the people were divided into groups by their language of preference and each group was given a Proclaimer with the appropriate Audio New Testament. The assignment? Listen to John 4 and then interact with the Scriptures through discussion.

When asked by the trainer if they’d heard something that grabbed their attention, a speaker of the Maya Mopan language stood to his feet and, in his best English, shared: “This is the first time I have ever heard the Word of God in my language, Maya Mopan, and this is what stood out to me . . . .” He then recounted the entire chapter in English (his second or third language) without missing one pertinent detail.

This multilingual man was profoundly gripped and immediately impacted as he heard the Word of God in his own heart language – for the very first time.

The Heart of God

The Bible clearly illustrates God’s desire to communicate intimately with His creation using the language each person clearly understands in the depths of his or her heart: “. . . the multitude came together, and they were bewildered, because each one was hearing them speak in his own language. And they were amazed and astonished, saying, ‘Are not all these who are speaking Galileans? And how is it that we hear, each of us in his own native language? . . . we hear them telling in our own tongues the mighty works of God’” (Acts 2:6-11, ESV).

In the last book of the Bible, we find a passage that vividly paints the picture of how the heart of God communicates to the heart of man: “. . . a great multitude that no one could number, from every nation, from all tribes and peoples and languages, standing before the throne and before the Lamb, clothed in white robes, with palm branches in their hands” (Rev. 7:9, ESV).

Knowing that more than 7,000 languages are spoken on planet Earth can make reaching everyone, everywhere, seem like a daunting task. At the same time, it would be a tragedy and a travesty if we were to convince ourselves that the Great Commission could be fulfilled by simply turning up the volume of a language they don’t understand. It just can’t. Believers across the globe must continue partnering together to provide all people with access to God’s Word in the language of their heart.


“Not everybody in those tribes are able to read. So, by hearing the Word of God in their own language, it’s like God speaking to them directly and that brings a lot of changes.”